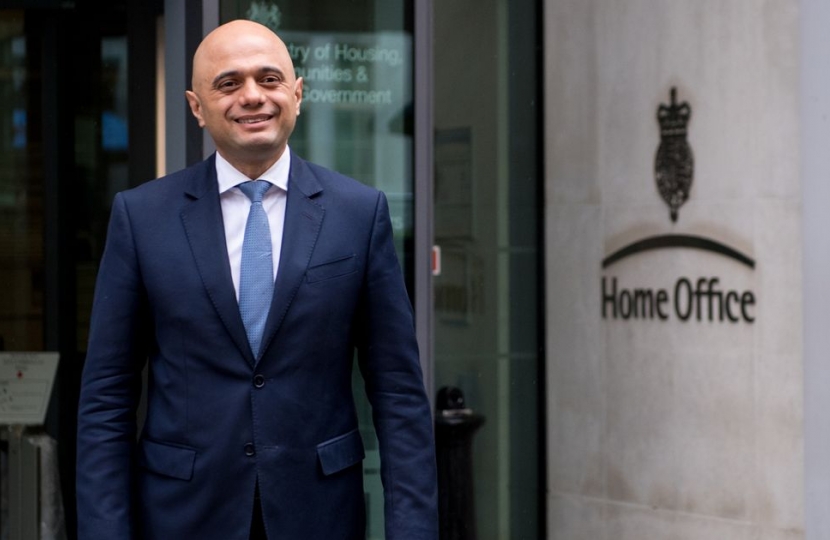 BROMSGROVE MP Sajid Javid has been appointed as the new Home Secretary this morning by Prime Minister Theresa May, writes Neil Gordon.

It follows the resignation of Amber Rudd.

The appointment will see Mr Javid holding one of the most high-profile roles in the Government with his new responsibilities covering the prevention of terrorism, cutting crime, promotion of growth and the control of immigration.

Mr Javid leaves his current role as Minister for Housing, Communities and Local Government, which he has held since January. Prior to that, from July 2016, he was in Secretary of State for Local Government and Communities before ‘Housing’ was officially added to the department’s title.

Mr Javid told The Standard: “I’m honoured to have been asked by the Prime Minister to serve as Home Secretary.

“Clearly there is hard work to be done, and key challenges ahead.

“I’m thankful for the continued support of my constituents, who have got me to where I am today, and I look forward to carrying on fighting hard for the people of Bromsgrove.”

Ms Rudd resigned last night after she admitted she had ‘inadvertently misled’ MPs over government targets for the removal of illegal immigrants.

Mr Javid first became an MP in 2010 and was returned as MP for Bromsgrove in 2015, when the Conservatives won the election outright after a previous coalition with the Liberal Democrats.

He was returned again last year when this time the Government lost its overall majority.

He has campaigned locally for fairer school funding, the upgrading of Bromsgrove Railway Station, the improvement of road and transport services, better local NHS services for residents and the creation of more growth and opportunities in the town.