GG2 Leadership Awards "the power of spirit over material things" 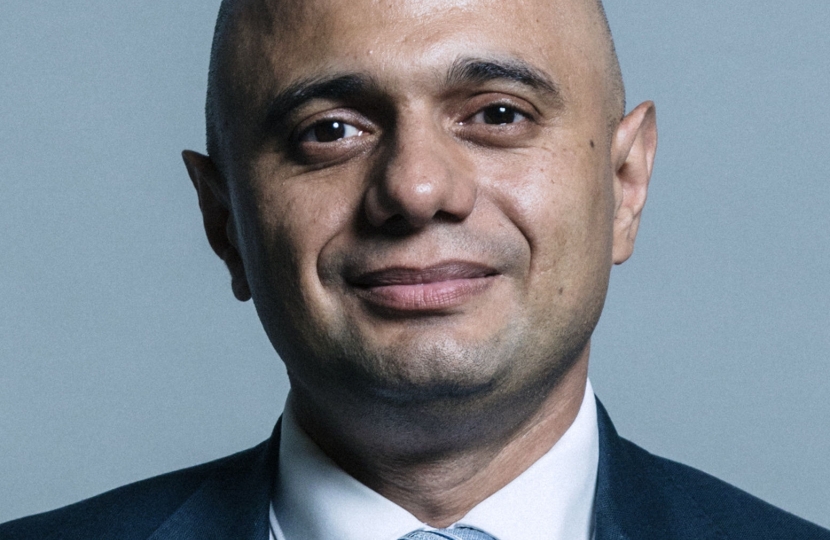 It’s great to be back.

And an incredible honour to top the Asian Power List for the second year in a row.

I’m particularly delighted that two of my Cabinet colleagues are in the top ten this year.

A good reminder that this is the most ethnically diverse Cabinet ever.

So congratulations to Priti…

…almost as good as the last one!

And can I say a particular well done to my colleague and friend Rishi Sunak.

Let me just say this:

As Chief Secretary to the Treasury, his job is to keep a tight grip on the public finances.

Keep up the good work, Rishi!

And you know what – I’d also like to congratulate the person in third place on tonight’s list – Gina Miller.

We may not agree on the biggest issue of the day.

But she deserves the utmost respect for her determination in pursuing what she believes in.

Congratulations to all of you…

…and to all the award winners tonight.

But tonight isn’t just about winners.

It’s about all of us.

We really are all standing on the shoulders of giants.

My Mum and Dad landed at a cold, dark Heathrow more than fifty years ago…

…with just £1 in their pockets…

…determined to build a better life for the next generation of Javids.

They were part of a community…

…whose sacrifice and hard work shaped not just the lives of us, their children…

…or even of the British-Asian diaspora…

…but have helped shape modern Britain itself.

I’m incredibly proud of what our community has achieved.

British Asians are some of the most industrious and accomplished individuals in the country.

Despite being only around 6% of the population…

British Asians generate over £100bn a year to the UK economy…

…which I’m especially grateful for, now that I’m Chancellor!

But what really puts the British Asian community at the very heart of modern Britain isn’t just economic value – it’s your values.

Values like a belief in the importance of hard work, family and public service.

A conviction that education and entrepreneurship are good for individuals – and good for society, too.

And an understanding that true freedom demands true social mobility.

Ideas and values that will continue to guide me as Chancellor.

This year’s awards, of course, celebrate the 150th birthday of Mahatma Gandhiji.

There is perhaps no greater giant – and no broader shoulders – than Bapu.

Shortly after Gandhiji was murdered, my predecessor as Chancellor of the Exchequer, Stafford Cripps, summed it up like this:

“No other man in history…has so forcefully and convincingly demonstrated the power of the spirit over material things.”

Those words are as true today as they were 70 years ago.

Gandhiji dedicated his life to the values of non-violence, equality, and democracy.

In his pursuit of ideals that were bigger and more important than himself, he sacrificed everything.

Including, in the end, his own life.

When he died, his belongings were worth just a few pounds:

A dhoti, a spinning wheel, a pair of glasses.

But the moral inheritance he left us is unmatched.

The clarity of his ideas was powerful enough to inspire not just his brothers and sisters in India.

He became an example to people around the world, from the US civil rights movement to the South African battle against apartheid.

And he showed us that words and ideas can be as powerful as guns.

But in today’s deeply divided political landscape it can feel like his teachings are going unheeded.

Never in my lifetime has there been a political moment like this.

Rising extremism on our streets.

Attacks on mosques and synagogues, temples and churches.

Britain for me has always been an open, tolerant and outward-looking place.

But we can never take that for granted.

So the question facing us today is this:

How do we win the argument for tolerance?

For the belief that diversity is a strength not a weakness?

Well, a good place to start is to remember Gandhiji and pass on his lessons to the next generation.

That’s why I was incredibly proud, as Culture Secretary, to oversee the new Gandhiji statue outside Parliament.

It was the first statue in Parliament Square of someone who had never held public office.

And seeing it unveiled in 2015 was one of the proudest moments in my political career.

The father of the world’s biggest democracy…

…watching over the home of the world’s oldest democracy.

Tonight, we take another step in honouring his memory.

You might not know this, but when you become Chancellor you also become Master of the Mint.

And being in charge of the nation’s coins is not an opportunity I’m going to pass up!

In recent years, we’ve had coins to commemorate important figures from every walk of British life.

Now is the time to add to that list.

So I can announce tonight…

…for a new coin to commemorate Gandhiji.

But Gandhiji taught us that power doesn’t just come from wealth or high office.

We must always remember the values he lived his life by…

…and that our parents brought with them when they arrived here all those years ago.

That success means a loving family as much as a thriving business.

That free enterprise must be balanced with a strong community.

And that we should always look for ways to demonstrate…

…as Gandhiji did throughout his life…

…the power of the spirit over material things.

(Speech as written - not necessarily as delivered)

This article was written by Tristan Harris, for the Bromsgrove Standard, 16/10/2021: https://bromsgrovestandard.co.uk/news/mp-drops-in-on-bromsgrove-s