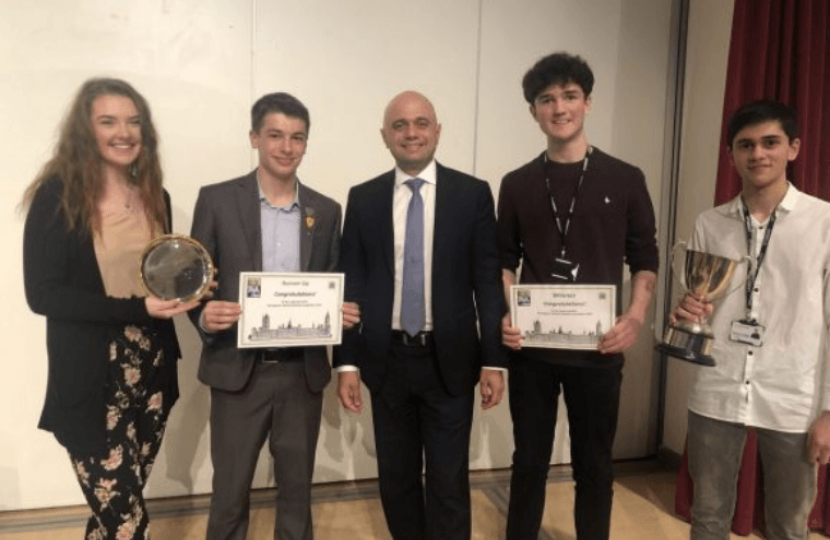 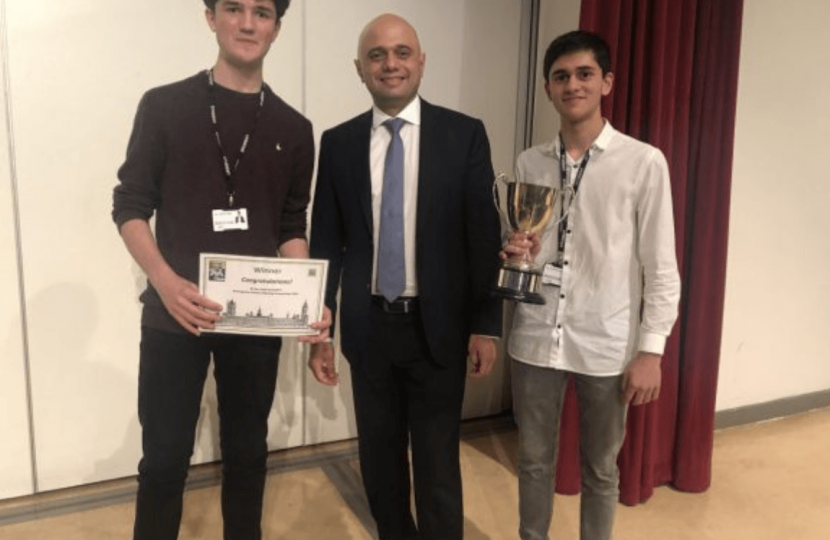 Students Rahul and Ben edged out Luke and Molly from North Bromsgrove High School in the final when the motion was ‘This house believes voting in elections should be weighted, based on age’.

Haybridge’s first round contest saw them debating ‘This House believes the next James Bond should reflect diversity in society’ against Woodrush High School. Haybridge were proposing with Woodrush opposing.

Hagley RC School battled a sub team in the first round on the subject of making voting compulsory.

This is the ninth time the debating competition has been held and it was as close as it had ever been with all teams giving a great account of themselves when they took to the floor.

Mr Javid said: ““I was so incredibly impressed by the quality of teams tonight. Everyone did so well.

“The final was close, but Haybridge had a well deserved win.

“I look forward to taking Rahul and Ben out for lunch in Parliament to help them celebrate.”