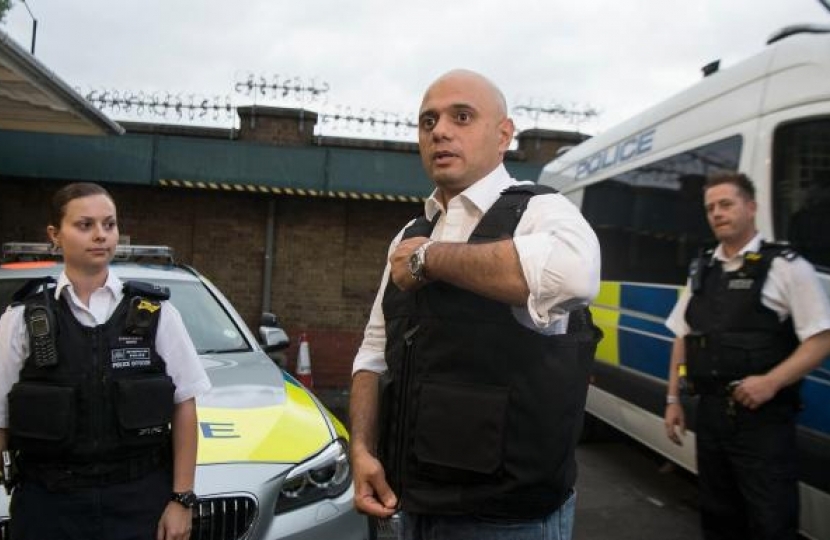 Home Secretary Sajid Javid will today announce his intention to establish a police covenant demonstrating his recognition of the bravery and commitment of police officers.

Speaking at the Police Federation’s Bravery Awards in London later today he will lay out plans to establish a covenant to recognise the sacrifice made by those who are working, or have previously worked, in policing.

The Home Secretary will also give his backing to plans for the Police Federation to extend their support to Special Constables, which will give the volunteers the option of the same protections as their colleagues.

I’m pleased to announce that the government plans to introduce a police covenant to provide the support the police so richly deserve.

This will be a pledge to do more as a nation to help those who serve this country. It will ensure the sacrifice made by the police is properly recognised.

I’m in awe of every officer who plays their part in keeping this country safe.

Rest assured, the government has your back – and the police covenant will make sure of that.

The covenant will recognise that police officers are not employees but rather hold the ‘office of constable’, which comes with a high level of personal accountability and responsibility for the protection of life and property. They must also abide by a code of ethics which sets out the high standards of behaviour expected from everyone who works in policing in England and Wales, both on and off duty.

A consultation will take place in due course on the principle and scope of the police covenant.

National Chair of the Police Federation of England and Wales John Apter said:

This is really good news for policing, it’s good news for our colleagues and it is clear that the Home Secretary and others within government and elsewhere have been listening to what we have asked and have acted.

I must also acknowledge police oracle and our fellow policing associations who have worked with us to secure this support from the government. If this comes to fruition it will have a hugely positive impact on the police service as a whole.

The announcement follows the conclusion of the Home Office’s Front Line Review, which highlighted concerns of police officers and staff and proposed a package of measures to reduce their workloads, ensure their wellbeing and give them a stronger voice in decision making.