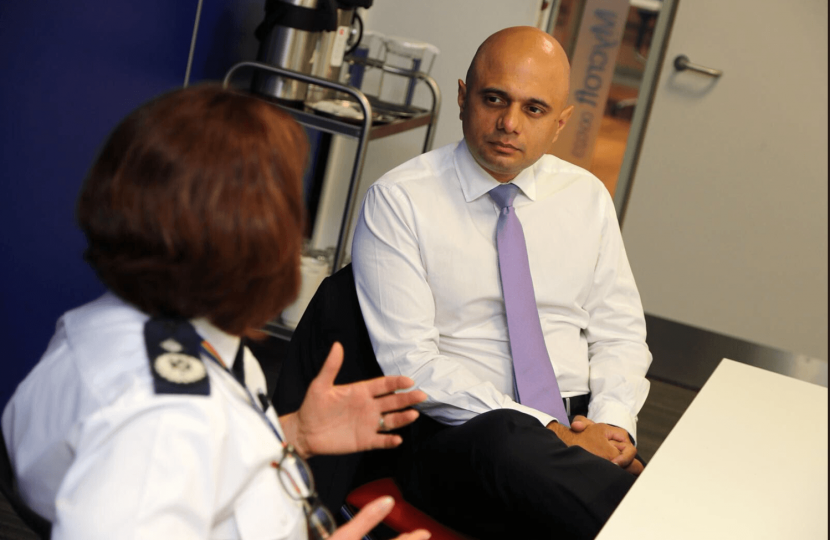 The Home Secretary has today (Monday 18 February) visited 2 police hubs to see how law enforcement is preparing for the possibility of leaving the European Union without a deal.

Sajid Javid was given a tour of the International Crime and Coordination Centre (ICCC), a unit recently established by the National Police Chiefs’ Council (NPCC).

The ICCC will act as a centre of expertise to support police forces in using alternative co-operation mechanisms with European partners should a deal not be agreed before the UK leaves the EU.

The UK’s main objective is to maintain existing levels of security co-operation and protect mutually beneficial capabilities, which is in the interests of both Britain and the EU.

It is our duty as a responsible government, however, to prepare for all scenarios.

The Home Secretary also went to the National Police Coordination Centre (NPoCC), where he was given an overview of its operations by Chief Constable Sara Thornton, the NPCC’s chair.

Launched in 2013, the NPoCC co-ordinates the deployment of police officers and staff across UK policing during major events and operations.

It recently oversaw police response to the visit of US President Donald Trump in July 2018. The visit constituted the largest deployment of officers since 2011 and was delivered safely and securely by police.