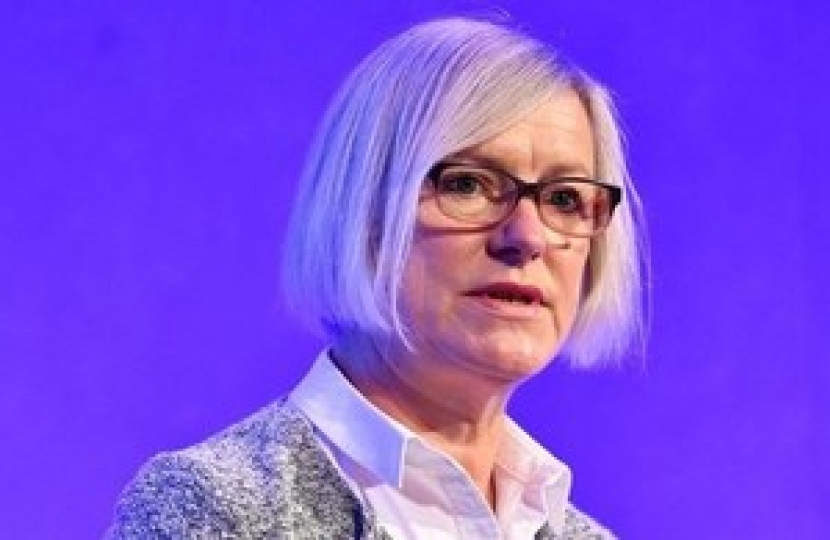 Sara Thornton, a police officer with more than 30 years’ experience, will take up the role of the Independent Anti-Slavery Commissioner to help spearhead the UK’s response to this devastating crime.

Ms Thornton, who is currently Chair of the National Police Chiefs’ Council (NPCC) and formerly Chief Constable at Thames Valley Police until 2015, was selected for the important role by the Home Secretary Sajid Javid following a competitive recruitment process.

The role was created as part of the landmark Modern Slavery Act 2015 and has a UK-wide remit to give independent advice on modern slavery issues and how they should be tackled.

Ms Thornton will be expected to:

Tackling Modern Slavery was made a key government priority by Prime Minister Theresa May when she was Home Secretary.

The role is designated for three years with Sara Thornton taking up the role from this May.

The fact that modern slavery still exists in the shadows of our communities is totally unacceptable. We are doing all we can to banish it from society and give victims our full support.

Sara has dedicated her career to protecting people in need and I look forward to the valuable insight and advice she will provide as the new Commissioner.

The Independent Anti-Slavery Commissioner was created to spearhead the UK’s fight against human trafficking and modern slavery and has a key role in preventing these vile crimes and supporting victims.

I am looking forward to bringing my long experience as a chief constable and in national policing to bear in this important role.

Good progress has been made in recent years and I am committed to build on that and do what I can to consign this crime to history.

Frank Field, who is leading an Independent Review of the Modern Slavery Act with Maria Miller MP and Baroness Butler-Sloss, said:

I have met Sara Thornton to discuss our findings on the role of the Commissioner. I look forward to working with her.

Ms Thornton has worked in policing since 1986, when she joined the Metropolitan Police. During her 33 year career within policing she served as Chief Constable of Thames Valley Police from 2007 until 2015 and was appointed the first Chair of the NPCC in 2015. She has also received the Queen’s Police Medal and, in 2011, was awarded a CBE.