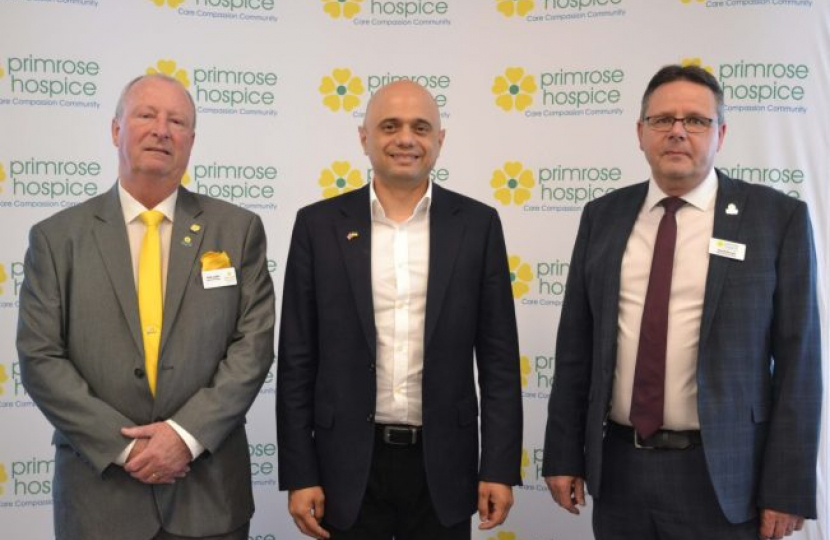 This article was originally published in the Bromsgrove Standard, Ryan Smith, 07/04/2022: bromsgrovestandard.co.uk/news/networking-lunch-featuring-qa-with-bromsgrove-mp-sajid-javid-raises-over-3000-for-primrose-hospice/

HEALTH Secretary Sajid Javid was among those in attendance at Primrose Hospice’s Networking Business Lunch on March 25, which raised more than £3,000.

Local businesses enjoyed an afternoon of networking over a meal before Mr Javid, who is a patron of the Hospice, hosted a Q&A session.

The money raised will go towards helping the Primrose to support people living with life-threatening illnesses and their families.

Mr Javid has supported the hospice many times in the past, including completing a 10k running challenge last year which raised £20,000.

He said: “This is a charity which is extremely important to the local community around Bromsgrove and Redditch.

“It is an honour to be their patron and support them in any way I can.”

David Burrell, Chief Executive Officer at Primrose Hospice added: “We are proud to have Mr Javid as our patron and it was a real pleasure to have him as our guest at our recent event.”

Bore da - and thank you Andrew for that welcome.

It’s an absolute pleasure to be here with so many good friends and colleagues.

The last time I joined you was in 2019 when I was serving as Home Secretary.

Your next conference was in March 2020…