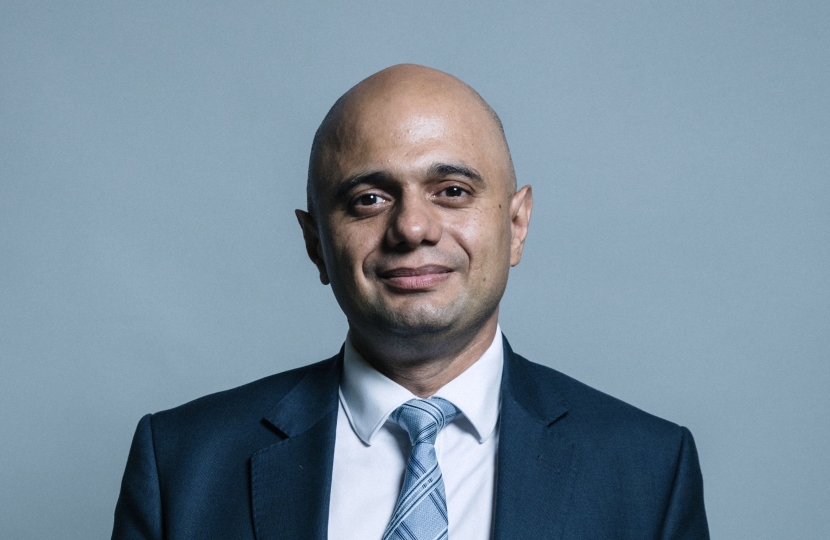 Four months ago Sajid Javid was preparing for a budget, now — after quitting the cabinet and going into lockdown with four children — his biggest challenge is trying to cook as well as they do. It is not a battle he is winning.

“Different members of the family take it in turns to cook dinner,” he said. “Pasta is my go-to thing, with tomato and tuna sauce. I wouldn’t get too excited.”

Javid got his mother to help. “I did a long FaceTime session with her in the kitchen when she taught me how to make chapatis for the first time. But when I gave them to my kids, one of them said, ‘Dad, are these poppadoms or chapatis?’ which speaks for itself.”

Lockdown has also given Javid “time to think” and this week will mark his return to prominent politics with the publication of a paper he has written with the Centre for Policy Studies think tank setting out ways to revive the economy. He hopes it will prove a more appetising meal for Boris Johnson and Rishi Sunak, his successor in the Treasury.

Javid praises Sunak for “putting the economy into hibernation” to save as much of it as possible but is stark about the problem: “We’ve seen a 25% fall in GDP in two months. To put that in some perspective, that is 18 years of growth wiped out in two months.”

His report has 60 ideas to bumpstart a bounce-back. He wants to see a one-year cut in VAT from 20% to 17% and cuts to employers’ national insurance to increase demand and encourage firms to hire. The VAT plan would cost £21bn but he says: “If it’s temporary and you actually end up turbocharging growth, in the long term you could make a lot of that back,” he says. “The priority has to be job creation.”

On personal taxation, Javid does not want to see tax rises, even on the wealthiest. He argues that the tax lock in the last manifesto, which rules out rises in income tax, VAT and national insurance “has to be maintained”.

“Increasing rates of taxation during this economic challenge would be utterly self-defeating,” he says. “I think it would lead to not just hurting the recovery but eventually to lower tax revenue. The smart thing is to focus on temporary tax cuts that will boost growth.”

In what will be music to Johnson’s ears, Javid is also backing extensive government borrowing to pay for massive infrastructure spending in poorer parts of the country, including the “red wall” seats that switched to the Tories last year.

Javid’s paper recommends pulling as many shovel-ready road-building projects forward into this financial year as possible and redirecting research and development spending into regions starved of R&D cash.

Sunak is Javid’s target for two other big ideas. The first is to create new fiscal rules for the government. On day-to-day spending he recommends the Treasury “get the deficit down each year” but not attempt to balance the books until the economy returns to pre-Covid-19 levels of GDP.

More radically, Javid wants to rewrite the mandate of the Bank of England, unchanged since it became independent in 1997, so it seeks to manage “nominal GDP”, which takes account of growth in the size of the “real economy” rather than just inflation.

He says: “I think it’s a better target in terms of long-term economic growth. If the economy is overheating then the Bank of England is able to act to try to slow things down and equally, if the economy is seeing a collapse like we’re seeing now, the Bank’s No 1 focus is to try to get spending back up and focus on growth.”

The blizzard of proposals also includes a call for ministers to delay the planned three-year spending review until 2021 — something that seems to be on the cards.

So is this a blueprint to revive the career of Sajid Javid as well as the economy?

He confirms that Johnson and Sunak have been in touch. “Since I left office, I’ve had contact with a number of ministers, including the prime minister and the chancellor.”

He does not demur when asked if he would accept another cabinet job: “I’m not thinking about that but if I was asked to serve and I thought it made sense, I want to help my country.”

Javid denies that he has been sounded out about replacing Shaun Bailey as the Tory candidate for London mayor: “I’ve got no desire to do that job myself, plus it’s not open and I will be campaigning for Shaun Bailey.”

The Black Lives Matter protests and the tearing down of slave owner Edward Colston’s statue in Javid’s home city, Bristol, have also given food for thought for him and his children over pasta dinners.

From the age of 11 Javid says: “I used to walk past that statue almost every weekend and the more I learnt about Edward Colston, the more I hated everything about him.

“Many years later when I was the communities secretary, the Colston Hall in Bristol applied for planning permission for a £40m renovation job. The council turned it down and it had come to me for approval. On the advice of my officials I approved it but I said to the trustees, ‘You should change this name. I cannot believe after all these years you have kept this name.’ They said they would and I read this week that they have changed the name, finally.”

Over his shoulder as we talk via Zoom is a picture of Muhammad Ali. Javid recently showed his children a video of the boxer discussing racism on Michael Parkinson’s chat show in the 1970s. “It gives me goose pimples just to listen to that and if I had hair on my head it would make it stand on end! I played it to three of my children at the dinner table and they all said, ‘Dad, he was saying this years ago, what’s going on?’ There is still work to be done.”

If Javid’s ideas on economics are similarly appealing to Johnson, he might find he has ministerial work to do again.