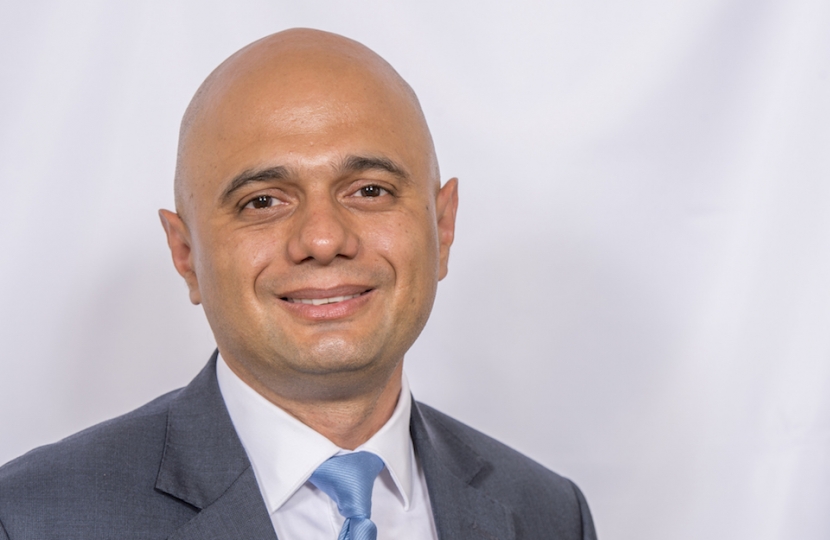 Bromsgrove MP, Sajid Javid, has welcomed the decision taken by Bromsgrove District Council to adopt the IHRA definition of antisemitism.

Sajid Javid led the campaign for the UK Government to adopt the definition, when he served as Communities Secretary. The Government formally adopted it in December 2016, becoming the first European Union country to do so.

“Antisemitism is a certain perception of Jews, which may be expressed as hatred toward Jews. Rhetorical and physical manifestations of antisemitism are directed toward Jewish or non-Jewish individuals and/or their property, toward Jewish community institutions and religious facilities.”

Although legally non-binding, the MP has described the definition as “an important tool for criminal justice agencies, and other public bodies to understand how antisemitism manifests itself in the 21st century”, as it gives examples of the kind of behaviours which, depending on the circumstances, could constitute antisemitism.

“I am extremely pleased that the District Council has adopted the IHRA definition of antisemitism. Creating a more tolerant and respectful society is an issue I care passionately about, and this decision fully supports that objective”

“Antisemitism must be understood for what it is – an attack on the identity of people who live, contribute and are valued in our society. There can be no excuses for antisemitism or any other form of racism or prejudice.”

“Being a Jewish person, whose family was directly affected by Holocaust, I felt very proud that the Council now had that opportunity to take a stand against antisemitism, and that it was given full support by the Labour Group, Lib Dems and most of the Independent Group.“

“I was pleased that there was the opportunity for this important motion to be debated in full, and, in fact, was moved to tears by some of the words spoken by Councillor Maria Middleton about my own family history.”

Four organisations in Bromsgrove District are set to benefit from a share of £319,000, as the Government provides additional support for local heritage and culture.