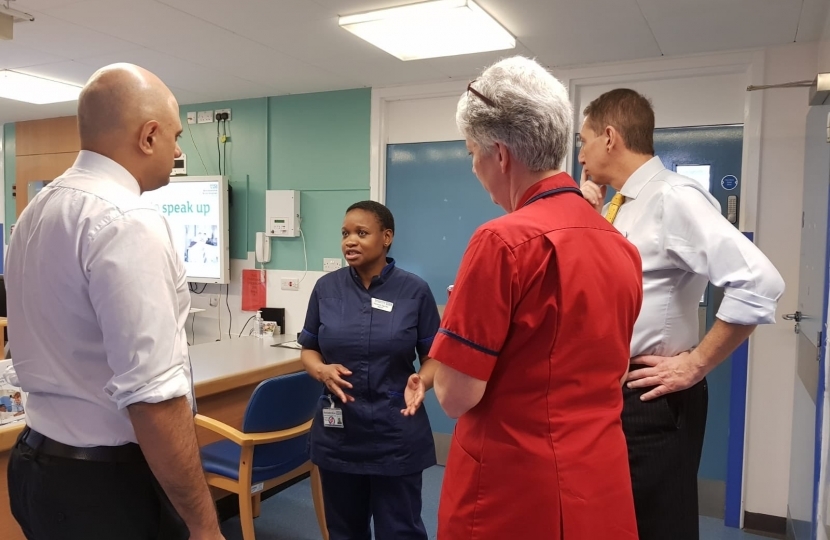 Bromsgrove MP, Sajid Javid, has welcomed the Prime Ministers announcement that 40 new hospitals will be built across the country by 2030.

The funding will be backed by £3.7bn and is the biggest hospital building programme in a generation.

As well as announcing the 40 new hospitals to be built, including the new Midland Metropolitan Hospital in Sandwell, the Prime Minister has called on a further 8 schemes to put forward their bids.

Support for the NHS has been a prominent message at the Conservative Party Conference taking place this week, with the Government highlighting their record on key election pledges.

In the 2019 election, the Conservatives pledged to deliver 50,000 more nurses. More than 13,000 nurses are already working in the NHS compared to last year, as well as over 9,200 more doctors.

Worcestershire Royal Hospital will receive an additional £2.5million in funding to support the A&E department this Winter, with the Acute Hospital Trust now out of special measures.

“I was proud to be elected at last year’s election to deliver on people’s priorities, such as investing in the NHS.”

“This has been a challenging year, but we still have the opportunity to really deliver on our levelling up agenda and secure the strongest possible recovery from this crisis”

Local Businesses and Bromsgrove MP Back the Kickstart Scheme

Handling Concepts Ltd in Stoke Prior and Jukes Insurance Brokers in Sidemoor recently received a visit from local MP, Sajid Javid, who is backing their intention to use the Kickstart Scheme and support young people in Bromsgrove District.