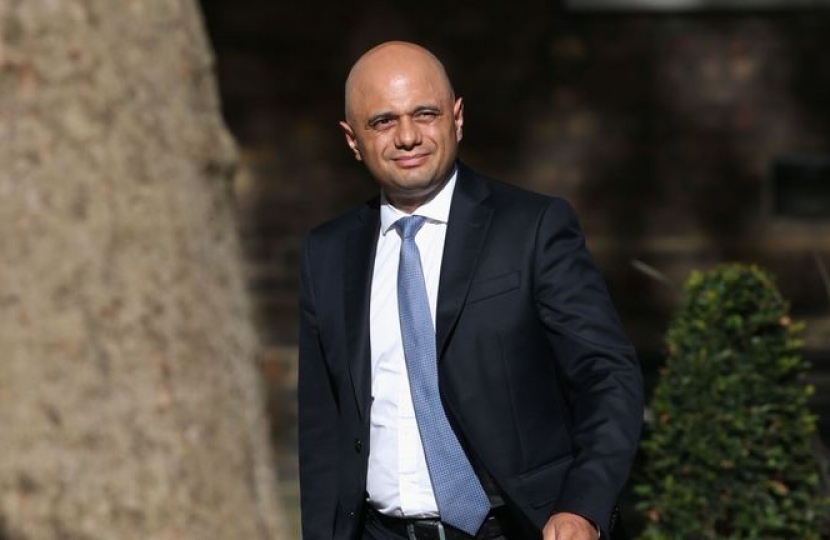 This article was originally published in the Mail on Sunday, 28/03/2021: www.dailymail.co.uk/news/article-9410103/SAJID-JAVID-need-bring-school-…

On my first day as Home Secretary in 2018, I was taken aside and warned about the toll my responsibilities could take.

Of these, I assumed dealing with terrorists would weigh the most heavily. I was mistaken.

It wasn’t until I visited the front lines of the fight against child sexual abuse that I realised the horrifying truth about its scale and severity.

At the National Crime Agency, I was shown intelligence suggesting that an astonishing 80,000 people in the UK posed a sexual threat to children online. By this time last year, that had surged to 300,000.

Under lockdown, I fear this epidemic of abuse has become far worse. Two thirds of sexual assaults are carried out by close friends or family members, meaning that scores of children have spent the past year isolating with their abuser with little chance of escape.

Abusers have also increased their activity online. In Australia, predators set up web forums to discuss ways of twisting restrictions to their advantage, while in the UK nine million attempts to access child sexual abuse content were made in March last year alone.

My colleagues in Government are appalled by these horrendous violations and are doing valuable work to fight back. However, it has become clear that on multiple fronts, the threat to our children is growing faster than law enforcement can respond.

That’s why after I left Government in 2020, the first commitment I made was to lead a no-holds barred investigation into child sexual abuse and exploitation in the UK. Along with The Centre for Social Justice, I assembled a team of expert commissioners and courageous survivors. Together, we asked the questions that others wouldn’t, to tackle a problem that has too often been ignored.

Tomorrow we publish our final report. Its findings are uncomfortable in places.

However, as well as hard truths, I believe the report offers a sense of hope. None of the problems we’ve found is insurmountable. There are clear opportunities to do more.

Our report identifies almost 100 of these – a cross-Government agenda for turning the tide on this vile form of offending.

That starts with finding our blind spots. The grooming gangs scandal is a reminder of what can happen when the agencies tasked with protecting our children are slow to act and systemic failures are allowed to persist.

We were disturbed to discover a loophole that allows child abusers to effectively remove themselves from the sex offenders register, simply by changing their name.

Not only does this mean that the police lose sight of an offender’s whereabouts, it also means dangerous individuals can obtain a clean Disclosure and Barring Service check to work with children and toddlers. More than 900 convicted abusers may already have taken advantage of this.

It’s also crucial we don’t miss the signs when a child is being victimised, and that we support them to tell a trusted adult. Particularly for those being abused at home, the best place for this can be school.

Even when a child isn’t ready to talk, nurses are well placed to notice when problems such as sexually transmitted infections point to much more serious issues.

Protecting victims is only part of the puzzle. If we’re serious about stamping out child sex abuse, then we must do more to go after offenders. I’m immensely concerned by the culture of weak to non-existent sentencing that’s developed around child sex abuse.

We found it difficult to believe that guidelines recommend the same punishment for stealing a £500 bicycle and viewing images of a child being raped.

Clearly, the Sentencing Council should review these in full. However, this is also an opportunity to correct long-standing injustices and anticipate future types of offending.

Offenders who hire traffickers to find children for them to torture and rape live via video links, receive on average a mere two-year custodial sentence.

Morally, directing the abuse of a child in Manila is no different from doing it in person in Manchester. Both offenders should be punished alike.

British gangs that force children to insert and smuggle drugs in their bodies are committing, in my view, a sexual violation. They should be treated as such.

And when perpetrators groom the children they’re exploiting to commit crimes, in part to undermine their credibility in the eyes of the police, we should find ways of wiping the victims’ records so that they can start putting their lives back together.

The list of threats facing children is long, as is our history of shortcomings.

Not all the solutions are easy or straightforward. However we have a duty – both to confront evil and protect the futures of the most precious members of our society. If that isn’t worth it, then I don’t know what is.

Bore da - and thank you Andrew for that welcome.

It’s an absolute pleasure to be here with so many good friends and colleagues.

The last time I joined you was in 2019 when I was serving as Home Secretary.

Your next conference was in March 2020…