Britain would be better off with Joe Biden 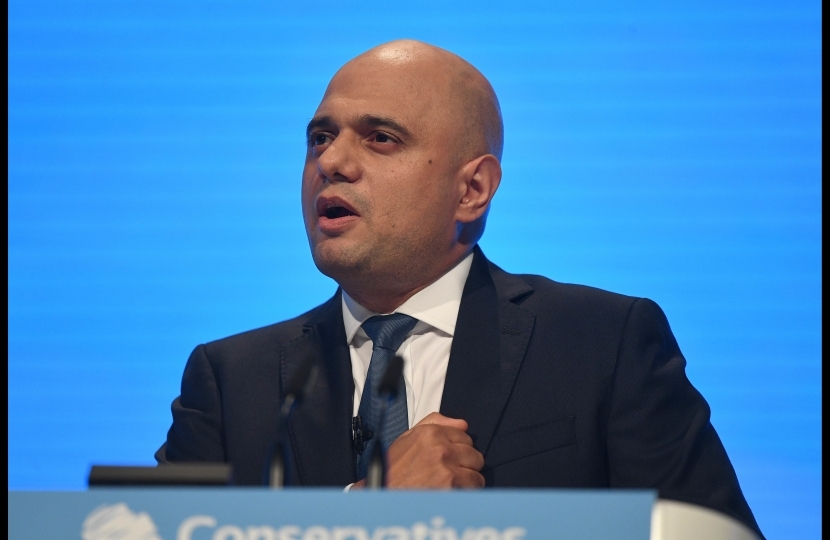 This article was originally published in The Daily Telegraph, 23/10/2020. Click here to read on the Telegraph's website.

I was a great supporter of the Republicans under Ronald Reagan, but today it's the Democratic challenger who best embodies his great legacy.

In the summer of ‘92 I left London to begin a new chapter in the United States. New York was intimidating and unfamiliar, and so like many new arrivals I searched for fragments of home. As a conservative who had grown up in the era of Thatcher and Reagan, I found one in an unconventional place – as a member of the local Republican club.

Reagan’s presidency made an early impression on me. He represented an optimistic, aspirational brand of conservatism and stood up for his principles. He was passionate about equality of opportunity, made possible through the power of economic freedom. In eight years, he transformed a nation in decline into an international model of leadership and prosperity.

Trump may have borrowed Reagan’s campaign slogan, but he’s abandoned his legacy. Reagan-era Republicanism was defined by a commitment to free trade, civil society and rule of law. Trump’s conservatism has been marked by trade wars, divisive rhetoric and a reckless disregard for the separation of powers. On the international stage, Reagan was a hard-headed realist who executed a concentrated strategy to bring about the collapse of the Soviet Union. Trump has pursued a foreign policy that’s as alienating as it is unpredictable.

Despite this, some in the UK fear what Trump losing the election could mean for our national interest. Biden’s opposition to Brexit has sparked concerns that if he wins the presidency it could sour the Special Relationship – and with it our prospects of a trade deal.

These challenges are overstated. Britain’s relationship with the US is bigger than our respective leaders, and a Biden administration would quickly realise that Boris isn’t the British Trump some claim him to be. When it comes to policy, Biden will find he has more in common with the Johnson government than Trump ever did. He may not single us out for unique treatment, but in reality neither did Trump.

In fact, when it comes to trade, foreign affairs, and moral leadership we might find Biden to be a far more dependable ally. For all his talk of a US-UK trade deal, Trump has shown that he’s an unashamed protectionist. He pulled out of a major trade deal with the 11 nations of the CPTPP, imposed tariffs on British whisky, aluminium and steel, and repeatedly tried to paralyse the WTO. Given our new mission as global champions of free trade, Biden doesn’t seem so hostile by comparison.

As vice president of a pro-trade administration, Biden was a vocal supporter of the original Trans-Pacific Partnership and a keen advocate for the rules-based international order we’ll rely on as an independent trading nation.

It’s true that he may be more inclined to pass judgment on the nature of our departure from the EU, but that issue will be settled before any handover is complete, and will hardly be top of his in-tray.

When it comes to foreign affairs, Trump may have toned down his praise for oppressive strongman leaders and begun to wake up to the China threat. However, the moral authority and global leadership traditionally exercised by the US – usually in British interests – has been absent for four years.

That shows. Not since Thatcher helped Reagan win the Cold War has US leadership been more necessary. Biden is a foreign affairs veteran who understands the importance of building strong partnerships. A multilateralist, he’s expressed strong support for Nato. Above all, he recognises that global challenges require global solutions – be they Covid-19, economic stability or arms control. Next year the UK will host the most significant climate summit since Paris 2015. As we persuade world leaders to take action to protect our planet, we should ask which US President we want by our side.

Finally, Trump was propelled to power by a sense of anger and betrayal at the way politics has worked. This isn’t unique to the United States – to some extent the regional, educational and moral divides tearing at American society can be seen across the western world. Trump thrives on division. Rather than bringing people together, he has chosen to stoke it for electoral gain.

Reagan understood that it’s only through creating common purpose and a shared identity that you can build a country where people feel they belong. As he promised the US people, “In America, our origins matter less than our destinations.”

Trump’s “campaign by culture war” might secure him a second term in the White House, but it’s incompatible with both candidates’ first priority for the next four years – to rebuild. Biden is best placed for this, and our interest is best served by stronger international partners.

In the summer of ‘92, the same year I arrived in the US, Reagan addressed the Republican National Convention for the final time. “Whatever else history may say about me when I’m gone,” he said, “I hope it will record that I appealed to your best hopes, not your worst fears – to your confidence rather than your doubts.”

Only one of the candidates can credibly say the same. Britain is better off with Biden.

On July 20, the Government published the Women's Health Strategy, which details the government’s 10-year ambitions and the actions they are taking now to improve the health and wellbeing of women and girls in England.