Bromsgrove MP Sajid Javid thanks everyone for 'overwhelming' messages of support 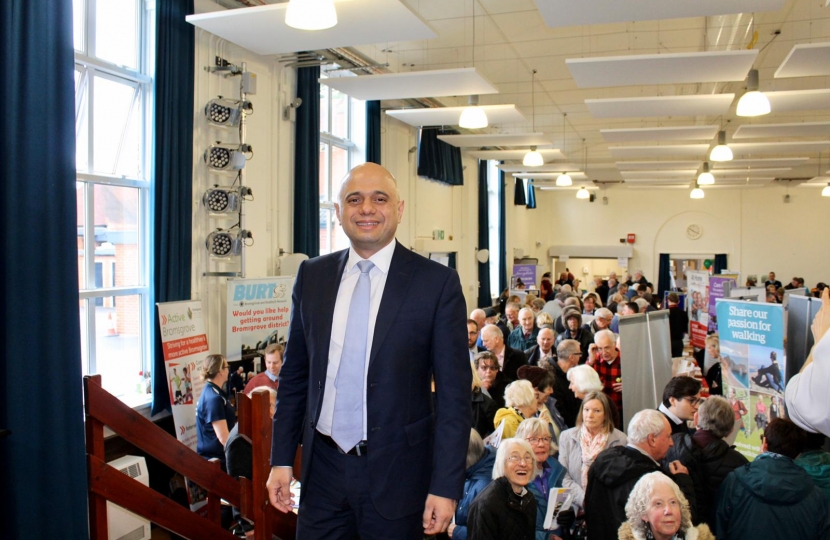 BROMSGROVE MP Sajid Javid has thanked everyone for their ‘overwhelming’ messages of support after his resignation from the cabinet yesterday.

Mr Javid took the decision to step down from his Chancellor’s role, saying he could not accept the conditions of the appointment.

Mr Javid was back in Bromsgrove today at his fourth Pensioners’ Fair and as he walked in he was greeted with a huge round of applause.

Speaking to the Standard he said: “I have had so many messages of support from fellow MPs, constituents, people here today and other members of the public from up and down the country.

“A lot of people have said it was good to see me standing up for my principles and what I believed in.”

He said while a backbencher he would continue to support the Government.

“I will also have more time to spend in Bromsgrove, helping my constituents.

“I have always said without those people who voted for me I would not even be an MP and would not have had the chance to serve in the cabinet roles I held.”

He admitted he was disappointed not to have got the chance to deliver his first budget as it was the ‘big thing” all Chancellors and people wanting to take the role looked forward to doing.

“At the end of the day I had to do what was right and that’s what I did.”

Mr Javid’s Pensioners’ Fair was heaving from the moment it opened.

It boasted more than 50 stalls from organisations offering help and support, clubs and societies, charities, activities and tourist attractions.

Written by Tristan Harris of the Bromsgrove Standard: The full article is available here: https://www.bromsgrovestandard.co.uk/news/bromsgrove-mp-sajid-javid-thanks-everyone-for-overwhelming-messages-of-support/