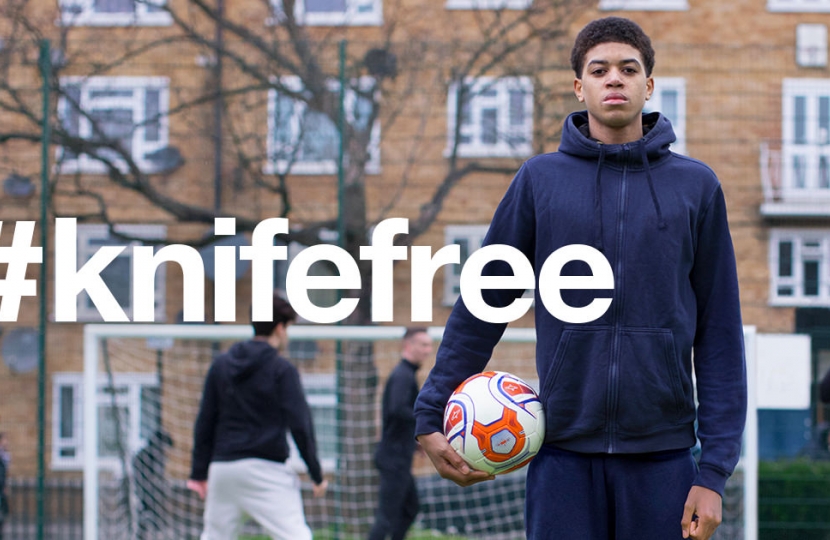 As part of decisive action to enhance police powers, the government will seek to amend the Offensive Weapons Bill to introduce Knife Crime Prevention Orders.

This new deterrent can be imposed on any person aged 12 or over to prevent vulnerable young people from becoming involved in knife possession and knife crime.

It can be imposed on anyone who police believe is carrying a knife, are habitual knife carriers or people previously convicted of a knife related offence.

This fills a gap which is not covered by existing preventative orders such as gang injunctions and criminal behaviour orders.

On introducing the measures, the Home Secretary, Sajid Javid said:

I have been clear that I will do everything in my power to tackle the senseless violence that is traumatising communities and claiming too many young lives.

The police already have a range of measures they are using to keep our streets safe, but there is more we can do to help them in this battle. I have listened to their calls and will be introducing these new orders to stop gang members carrying knives in the first place.

It is vital we continue to focus on improving the law enforcement response while at the same time steering young people away from criminal activity in the first place.

The new civil orders will also restrict behaviour by placing curfews and geographical restrictions on individuals as well as limiting their social media use – preventing the rapid escalation of rival disputes.

To ensure compliance with these restrictions, breach of the order will be a criminal offence and the holder can be sent to prison for two years if convicted.

The Home Secretary will also be taking further action against retailers found to be selling knives to children. A new £500,000 prosecution fund will help Trading Standards teams to secure the prosecution of retailers who repeatedly sell knives to under 18s.

As part of these further measures to intervene early, the Home Office is set to launch the next phase of #Knifefree in the spring. The campaign, aimed at young people, looks to inspire them to pursue positive alternatives.

This announcement comes just months after the Home Secretary launched a new range of innovative measures to address violent crime in the UK including, a consultation on a new legal duty to underpin a ‘public health’ approach to tackling serious violence, a new £200 million youth endowment fund and an independent review of drug misuse.

This continues the work of the ambitious Serious Violence Strategy which, backed by £40 million of funding, puts greater focus on steering young people away from a life of crime.

I was pleased to meet local headteachers recently online to discuss the return of school children and the challenges they are facing. It was a productive meeting, with their unique insight and thoughts providing me casework to present to Ministers and officials in government.