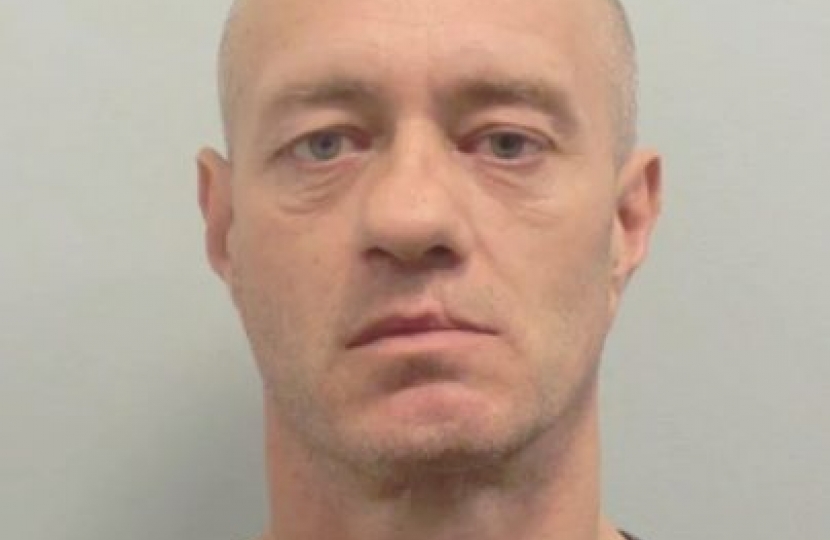 A MAN has been jailed for sending an abusive and threatening message to Bromsgrove MP and Home Secretary Sajid Javid.

Wayne Kirby, of Dabbs Lane, Northolt, was investigated by the Metropolitan Police’s Parliamentary Liaison and Investigation Team over the incident in June 2018 when the message was posted on Mr Javid’s Facebook page.

The investigation was passed to detectives at Ealing CID and Kirby was arrested on September 25.

Officers also seized his phone and a small amount of cannabis which he also had in his possession.

Further enquiries into the phone and the sent message, Kirby was ordered to attend Uxbridge Magistrates’ Court on February 26, and was formally charged with sending a communication conveying a threatening message, as well as possession of cannabis.

Det Insp Phil Grindell from the Met’s Parliamentary Liaison and Investigation Team said: “As this investigation shows, we take all reports of crimes from MPs very seriously and we will deal robustly with incidents of harassment and abuse that are brought to our attention.

“It is not right that anyone is harassed, intimidated or obstructed because of their job, and we will fully investigate any reports of crimes against MPs or their staff and look to bring those responsible to justice.”