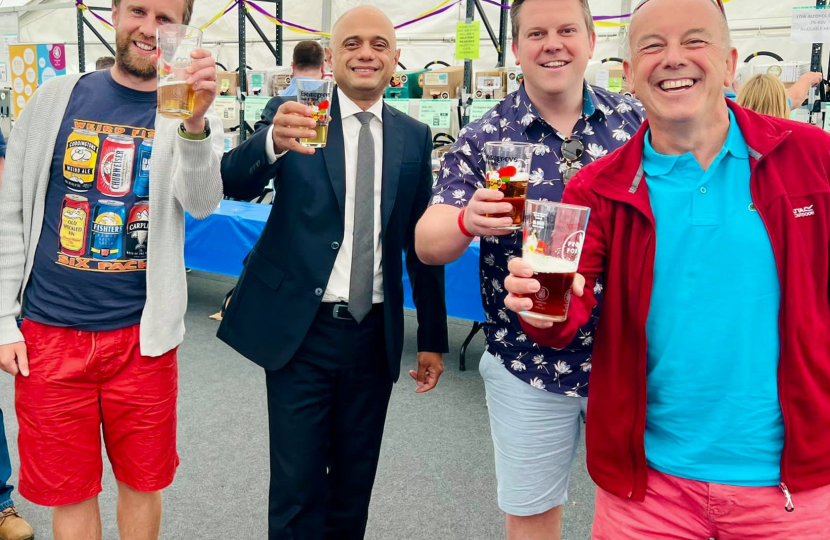 MORE than 2,200 people flocked to Bromsgrove Beer and Cider Festival after a three-year hiatus.

From Thursday, June 30 to Saturday, July 2 more than 95 volunteers put on the 18th Bromsgrove Beer and Cider Festival at Finstall Park.

The Autumn Budget 2021 confirmed that duty rates on beer, cider, wine and spirits will be frozen for another year, a move which will save consumers £3 billion over the next five years, and provide further support to the hospitality industry and its suppliers as they recover from the pandemic.

Duty rates on draught beer and cider will be cut by 5 per cent, taking 3p off a pint and further supporting pubs.

Visitors were greeted with 144 real ales, nine Key Keg beers and 53 ciders and perries to choose from.

A total of £952.81 was raised for the festival’s charity of the year – Primrose Hospice - through donations or unused beer tokens.

Sajid Javid: The Sunday Times 'We owe it to young people to fix our broken housing system'

As housing secretary, I would often talk about the common sight of young people, with their faces hard pressed against the window of the estate agents, trying — and failing — to find a house they can afford.