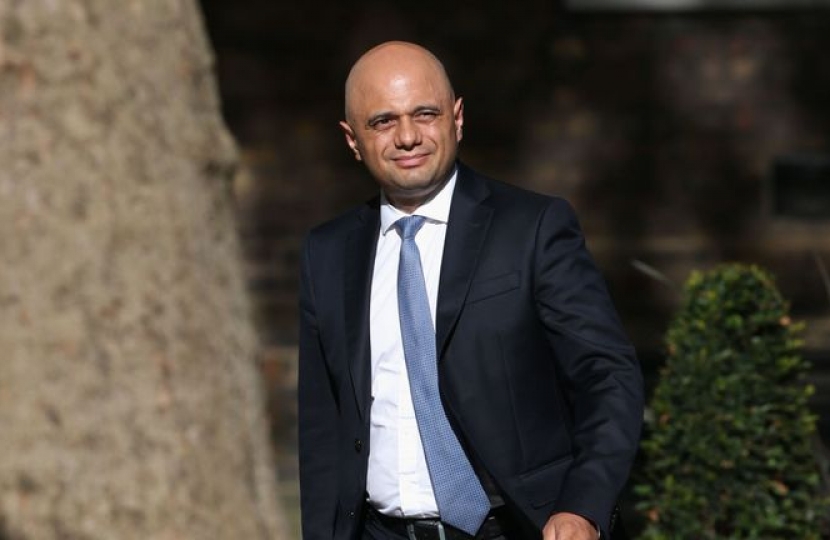 BROMSGROVE MP Sajid Javid said he was deeply honoured to be the one placed in charge of the UK’s finances as new Prime Minister Boris Johnson and his Government try to get Brexit completed by October 31st. Mr Javid was one of the first to be appointed to the new-look cabinet when he was announced as the Chancellor of the Exchequer on Wednesday evening.

The appointment will see Mr Javid holding one of the most high-profile roles in the Government with his new responsibilities covering: controlling public spending, raising revenue and preparing the United Kingdom for its exit from the European Union.

Mr Javid leaves his role of Home Secretary which he has held since April 2018.

Upon his appointment as Chancellor of the Exchequer, Mr Javid said:

“Clearly there is hard work to be done, and key challenges ahead.

“I’m looking forward to working with HM Treasury to prepare for leaving the EU and priming our economy for the incredible opportunities that lie ahead.

“It is vital that we all unite behind our new Prime Minister to deliver Brexit and to defeat Jeremy Corbyn.”

He also praised his Bromsgrove constituents for getting him ‘to where he is today’ and added he was looking forward to continuing to fight hard for the district’s residents.

He has campaigned locally for fairer school funding, the improvement of road and transport services, better local NHS services and the creation of more growth and opportunities in the town. Unemployment in Bromsgrove currently stands at 1%, with Mr Javid hosting annual job's fairs to reduce the figure further.