Sajid Javid: The Sunday Times 'We owe it to young people to fix our broken housing system' 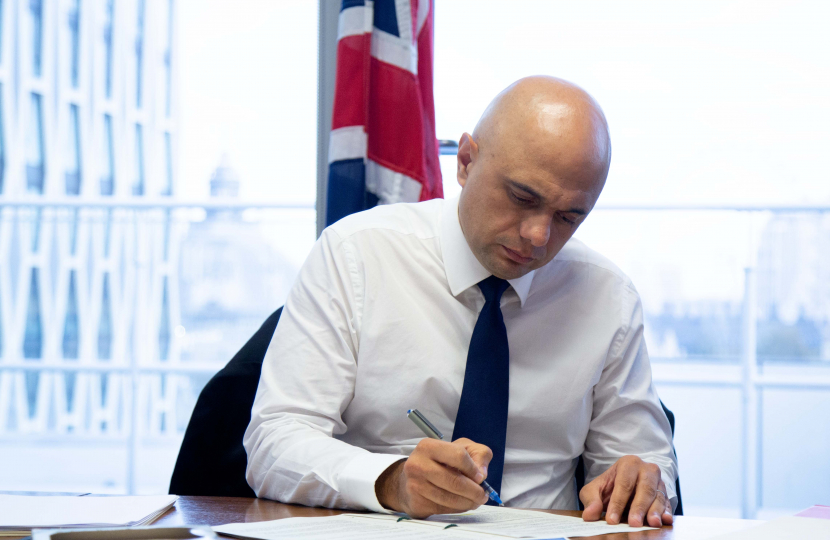 As housing secretary, I would often talk about the common sight of young people, with their faces hard pressed against the window of the estate agents, trying — and failing — to find a house they can afford.

This is something I see less nowadays. Not because the housing crisis has ended — far from it. But because young people are increasingly losing hope altogether.

There is no mystery to why this is: for decades, we have simply not built enough homes. Despite similar population levels as France, the UK has consistently built only around half the number of new homes every year.

In the 1990s, a couple buying their first house in England, earning a moderate income and saving 5 per cent of their wages each month, would have enough for a deposit after just three years. Now it would take closer to 25. In England, average house prices are nine times average earnings, up from 3.6 in 1997.

The policies we put forward are important. But the foundations of success are built on political will. For decades, the necessary desire has fallen short.

My colleagues in parliament recognise these long-term challenges — so I am dismayed to see that more than 50 have put their names to damaging amendments to the Levelling Up and Regeneration Bill. These amendments would scrap mandatory targets and the presumption in favour of development, two crucial tools that we need in order to build more houses where people actually want to live.

I have great respect for my colleagues, and they will no doubt have important reasons for supporting these proposals. I too am not immune from some of the pressures they face, especially as my own constituency is almost 90 per cent green belt, the sixth highest in the UK.

But tearing down the existing planning system and failing to build anything credible to replace it would be a colossal failure of political leadership.

During my time at the Department for Levelling Up, we worked constructively with local councils to increase the number of homes and address the concerns of communities. New homes built in England increased by 15 per cent. The housing infrastructure fund was set up and the revised national planning policy framework launched. But in truth, when I reflect on these reforms now, I wish we had gone much further and much faster.

Sadly, one of the greatest barriers to progress was political will. Too many local authorities would not even attempt to properly estimate long-term housing needs and develop a credible local plan. That is why, ultimately, alongside the carrot of incentives and encouragement, a stick is still required in housing policy. But so is much-needed introspection about the political stasis we find ourselves in.

My colleagues are of course right to say we should champion local areas. But many of the local challenges faced are themselves symptoms of the broken housing market. A declining sense of community, stagnating productivity and varying educational outcomes are all worsened by more people being forced into short-term accommodation or priced out of their local community altogether.

Homes are the foundations on which families and communities are built. As Lady Thatcher once put it, “that people should be able to own their own homes is deep at the heart of Conservative philosophy”. If we believe in the importance of a strong, stable family unit, and enter politics to help protect it, then we must also accept that homes should be made available. A lack of housing is the most significant barrier to social progress in our country today.

Reformers like Macmillan and Thatcher understood this and helped expand opportunity and home ownership to millions. But if my party is to regain our hard-earned reputation in this area, housing policy needs to be strengthened, not weakened. Critics of the government have long said that current housing policy is stalling. If passed, these amendments would quickly put meaningful policy into reverse.

We therefore risk creating a generation that turns its back on the politicians who failed them. A generation that, without any capital of its own, becomes resentful of capitalism and capitalists.

It does not need to be this way. We can be more ambitious with our urban spaces and brownfield sites. Street votes should be introduced. A vision for new towns and garden villages should be brought forward, alongside development corporations and the Oxford-Cambridge arc.

I do not pretend this will be easy — it never was, and never will be. It will require politicians and elected officials, at every level and across all parties, to make tough decisions in the local and national interest. But we owe it to those young people looking in the estate agent window — to our children, and our children’s children — to help lead our communities. That means helping to fix the system, not destroying it.