Sajid Javid: The Times 'Liz Truss is the best of Thatcher and Reagan' 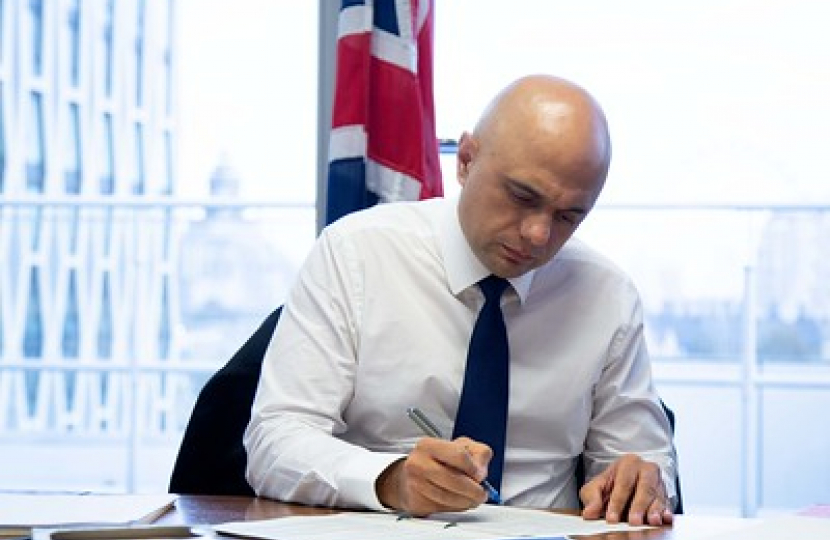 Even by the standards of recent years, our politics is moving at extraordinary speed. But it would be a mistake to think that this pace will suddenly slow down in September once a new leader is in place.

The immediate tests of the new prime minister will be, first, whether they can reunite the party and, second, to restore a sense of purpose, with a bold Conservative policy agenda that shows the public we are rising to the challenges of our times. This contest has at times been bruising and unpleasant, but two very credible candidates have emerged through it. After careful consideration it is clear to me that Liz Truss is best placed to pass these tests.

I first met Liz in the 1990s, when we were both party activists in Lewisham, and since being elected in 2010 we have served together in cabinet under three prime ministers. While this breadth of experience will be essential in getting started from day one, I’ve also seen how time served in government has not dulled Liz’s sharp focus and willingness to challenge the status quo.

The next prime minister will have an unenviable in-tray — from pandemic recovery to stagnant productivity and rising pressures on an ever-growing state. Above all they must have a convincing plan to tackle inflation and help families with the cost of living. And they must do so while keeping a watchful eye on the strategic challenges posed to the West by China and Russia.

Tackling these challenges starts with fixing the economy, which is why at the beginning of this contest I focused on making the case for a new economic plan. Conservatives have always believed in fiscal discipline — I served in the Treasury during the austerity years, and later as chancellor I fought for strong fiscal rules in our last manifesto. But the circumstances we are now in require a new approach.

Over the long term we are more likely to be fiscally sustainable by improving trend growth. Only by getting growth back to pre-financial crisis levels can we hope to support the high-quality public services people rightly expect. Some claim that tax cuts can only come once we have growth. I believe the exact opposite — tax cuts are a prerequisite for growth. Of course we need more than that, especially significant supply side reform, but tax cuts now are essential. There are no risk-free options in government. However, in my view, not cutting taxes carries an even greater risk.

With only two years before the next election, there has been a temptation to just “get the barnacles off the boat” and avoid any short-term political pain for long-term national gain. We must reject that. As a nation we are sleepwalking into a big-state, high-tax, low-growth, social democratic model which risks us becoming a middle-income economy by the 2030s with the loss of global influence and power.

That means far-reaching reform, from healthcare to education, housing to regional growth. And it means taking full advantage of our Brexit opportunities — removing or revising EU laws and striking even more trade deals. If we can renew our government with a bold agenda, the Conservatives can still beat Labour, the Lib Dems and the SNP at the next election — and the evidence suggests Liz is the best-placed candidate to do so.

As a trendy university student I had portraits of my two favourite Conservatives on my study wall: Thatcher and Reagan. There is a time for leaders in the Thatcherite mould — clear-headed, fiscally disciplined. And there are times for Reaganites — freedom-loving, sunny and optimistic. Our party and our country now needs the best of both instincts.