The Times Comment: Sajid Javid MP on the Singh Investigation 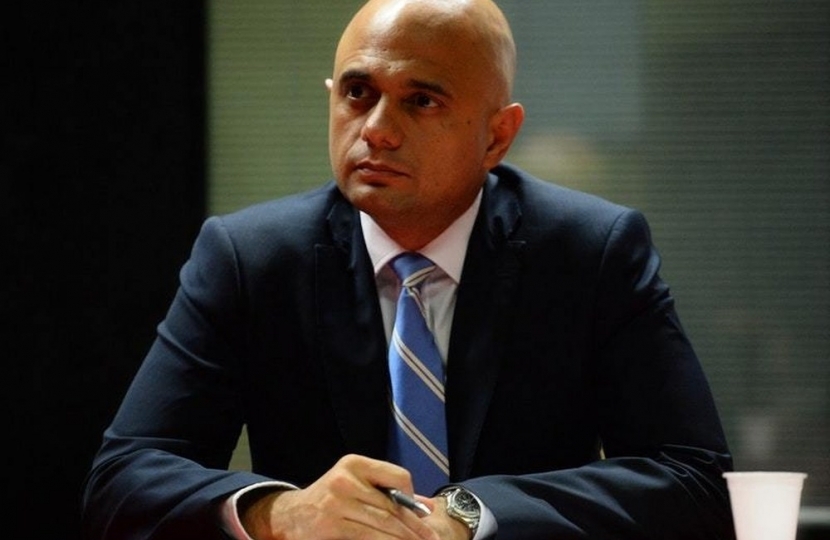 Becoming a Conservative candidate is difficult at the best of times. Aspiring MPs must deliver speeches, write essays and survive being cross-examined by their future colleagues. Those who succeed are allowed to attempt the final stage: auditioning at a local Conservative association.

Associations are notoriously unpredictable, with applicants often rejected for their politics or personality. This is to be expected. What I didn’t expect was to be rejected by one association because, as its chairman later explained, “some members didn’t think locals would vote for a Muslim to be their MP”.

It’s a testament to how far we’ve come as a party that less than a decade later Saqib Bhatti, the former leader of Muslims for Britain, was selected over the former No 10 chief of staff Nick Timothy to represent a strikingly similar constituency.

I wasn’t rejected on electoral grounds. Given the size of the seat’s Conservative majority it’s safe to assume the chairman was sugarcoating his members’ views. However, his excuse points to an uncomfortable reality.

Prejudice towards Muslims is significantly more widespread than for other minorities. Research from the think tank British Future suggests that a quarter of the public would still feel uncomfortable being represented by a Muslim MP. That prejudice is reflected in every part of society, including our political parties — albeit far less so than in continental Europe.

The temptation for supporters of both parties will be to defend their anti-racist credentials by amplifying their opponents’ problems and papering over their own. Activists will trade accusations of antisemitism and anti-Muslim hatred.

By viewing this issue through a political rather than a moral lens both sides have missed the point. Political parties are granted a rare standing in public life. They’re entrusted with extraordinary authority and responsibility. So it’s not enough to follow trends set by the rest of society. Discrimination, be it against Muslims or any other minority, is an issue where our parties must demonstrate leadership, not just at senior levels or from the dispatch box but as mass membership organisations. At every level and branch our duty is to influence, not to be influenced. To set an example and hope that others will follow.

That’s why I called for this investigation in the first place. It’s why every candidate who stood in the Conservative leadership contest committed to making it happen. Because the most senior members of our party recognise that if our definition of success is looking less culpable by comparison, then we’re not living up to our responsibility to lead. Zero tolerance doesn’t work if we’re playing a zero-sum game.

I’ve read the report from cover to cover. It’s a candid and forthright account of discrimination in our party that doesn’t pull its punches and isn’t afraid to be blunt.

Some findings were encouraging. Complaints of discrimination against minorities were the most likely to result in sanctions, particularly in cases of faith-based prejudice against Muslims. There’s no indication that anti-Muslim sentiment in the party is in any way institutional or systemic.

It is, however, unquestionably a problem. The investigation documented distressing examples from individuals and within local associations. It described a weak and ambiguous process that’s ill-equipped to deal with such allegations, overseen by an inadequately trained, poorly resourced complaints team.

Many will think the investigation’s comments are undeservedly harsh. I’ve little doubt that implementing its recommendations will be arduous, expensive and divert attention away from the party’s primary purpose: to campaign.

But something greater is at stake, which is why I have called for those recommendations to be implemented without delay. Boris Johnson’s response, to adopt them unconditionally and in full on the day they were published, should be seen as a serious statement of intent and an indication of his strength of feeling when it comes to eradicating discrimination wherever it is found.

I joined the Conservative Party because I believed it stood for my values. I still do. Our commitment to justice, tolerance and opportunity is as strong now as it’s ever been. But if our party is to bring about the changes in society those values demand then that process has to start at home. It’s time to get our house in order.